Yelp Breakdown: Does It Matter for Local Field Service Companies? 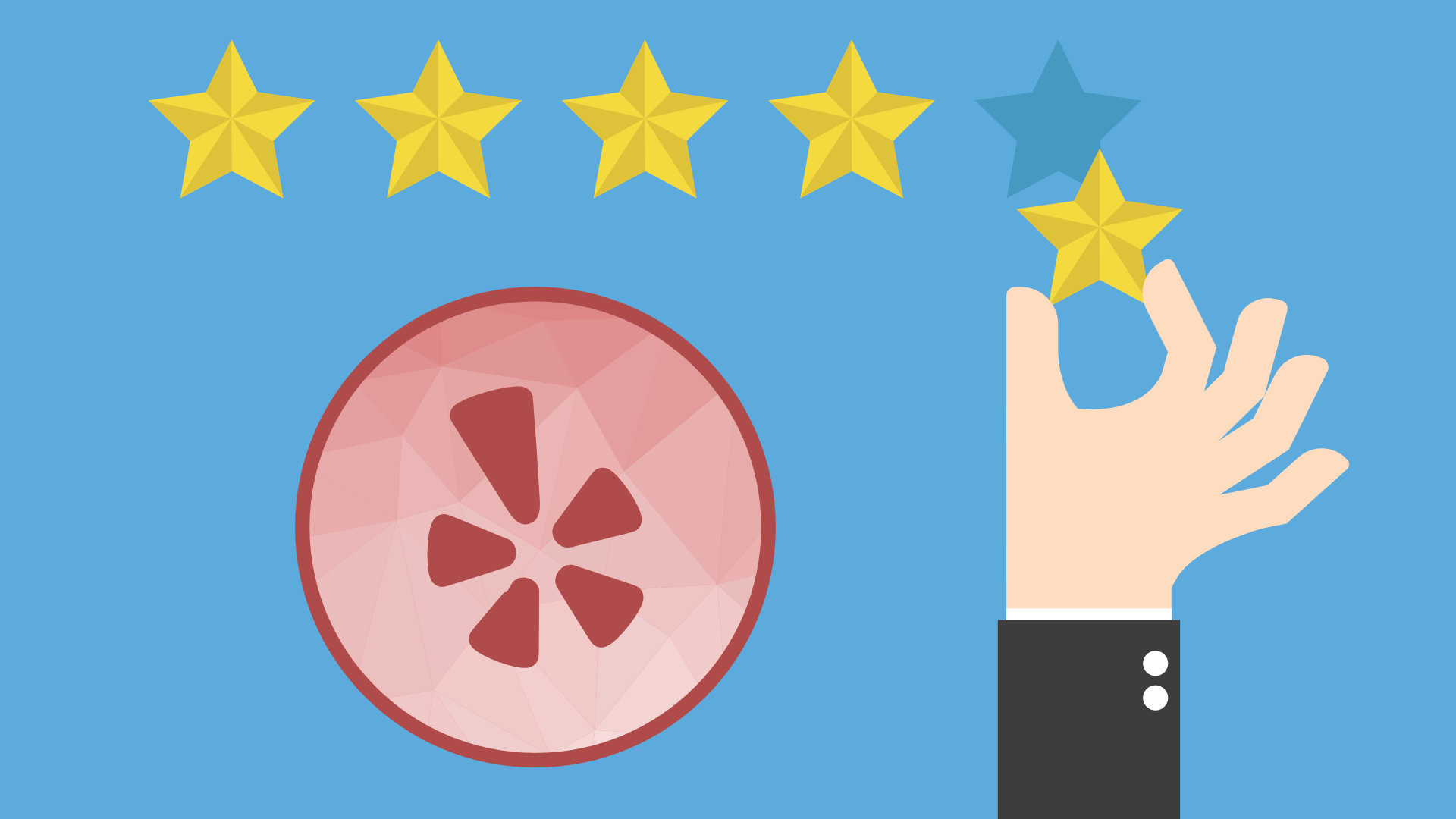 Fluid
November 1, 2018
Appliance Repair
There are five leading online platforms where customers connect with local businesses. Google, Yelp, Angie’s List, TripAdvisor, and Foursquare. While every business on the internet is scrambling for Google ratings, local businesses alone are left to contend with the controversial and often dictatorial methods of Yelp, the leading review platform for local businesses. Yelp began with an aggressive fund-raising and marketing campaign that evolved into worldwide recognition as the internet’s yellow pages. When consumers are looking for a local business, Yelp is among the first places they think to look.
This means that any local business with an online presence should have a Yelp listing and actively manage it. This is even true of local field service companies, though you may not consider yourself a traditional shop or restaurant. People who are accustomed to using Yelp or recognize the platform from its global popularity won’t think twice about looking for a plumber or roofer the same way they would look for a lunch cafe.

What Yelp Can Do for You

Other than simply being available for searches on the platform, Yelp offers two very important services for local businesses, including field service companies. Page ranking in search results and a platform for shared reviews. The reviews themselves culminate in an overall reputation represented as a star-rating.

Yelp works with an advanced search engine designed to connect customers with local businesses. It determines what the customer is looking for and offers options that are similar and in the correct region. So naturally, the first thing Yelp can do for you is present your business in their search results.
This leads to page ranking. How high are you in the results compared to your local competitors? This will often be the strongest determiner of which service customers will choose, especially if they are in a hurry.

The other thing Yelp does for you is that it provides a platform for customers to leave online reviews. The more people find you on Yelp and leave a positive review, the better you do. Likewise, unhappy customers (or trolls) who leave bad reviews damage your yelp reputation.
Naturally, people are going to click on options with higher overall star-ratings and glowing written reviews more than apparently less liked options. Yelp also provides a place for reviewers to leave pictures, and many people make their final decisions after looking at examples of the service to be provided.

Unfortunately, cultivating a yelp reputation is not at simple or straight-forward as it looks from the outside. Yelp is designed around the users, people who come to find a local service and to leave reviews. This makes a certain amount of sense. After all, Yelp’s power comes from the fact that it is where people go when they want to find out what others have said about a business near them.
For most people, Yelp is a restaurant rating service. Want to know if the Chinese Buffet down the street is any good? Hop onto Yelp and check it out. Not only do you get the answer to one question, but Yelp usually has a number of helpful suggestions for nearby alternatives. And, it should be noted, Yelp was offering this service long before Google.
But the problem is not how Yelp treats the customers. It’s in how they treat their commodity: the local business themselves. Businesses that advertise on Yelp have been notoriously mistreated and on so many levels, it’s hard to believe the review platform giant is still in business.
The three most common complaints about Yelp are:

Yelp reserves the right to post or remove any review it sees fit. This is something that every reviewer and listing business must accept before entering the platform, and it seems pretty reasonable. After all. Yelp needs the power to keep their platform honest. Like any site that allows public reviews and star-ratings, they must reserve the right to remove abusive reviews, prevent businesses from smurfing their own pages with meaningless 5-stars, and prevent hate-speech.
Every online site today has moderators and a certain amount of moderation. However, many people have noticed that Yelp has a funny approach to “keeping it honest”.
Yelp is notorious for selectively choosing which reviews to make public and part of the aggregate star-rating and which to shut down. There are dozens of stories out there about businesses who could not get Yelp admins to help them take down clearly abusive and even clearly fraudulent reviews. At the same time, enthusiastically supportive reviews are often flagged for potential fraud and not posted despite their authenticity.
This leads us to their suspiciously unreasonable policy of “Don’t Ask”.

If you read the FAQ or Terms of Service, Yelp seems like any other review platform. However, there are other signs that businesses who list with Yelp may be facing a hostile environment. Many aspects of Yelp skew toward negative reviews, especially for listing businesses that are not paying for premium service. But we’ll get to that in a moment.
One of the most prominent of Yelp’s unreasonable policies is the “Don’t Ask” rule. This rule states that any business listing with Yelp is not allowed to openly solicit Yelp reviews from their customers. They argue that businesses asking for reviews will unfairly skew their results toward the positive. In the process, they also reference a study, claiming that the study proves that online reviews will only be fair if no one asks for reviews.
Any business suspected of soliciting Yelp reviews (or sometimes any reviews at all) will be harshly penalized. Yelp has no hesitation about artificially burying your business’ appearance in search results and even removing positive reviews to ‘restore the natural balance’.
However, if you actually read the study they link to, it says the exact opposite. According to the data, people who have negative experiences are more likely to be self-motivated to review while a positive experience may go unnoted. This leads to online review platforms to skew artificially negative. The study goes on to suggest an organized solicitation of reviews is the best way to get a more representative number of positive and negative reviews.

Of course, if you understand how Yelp sells their B2B services, all these biased policies start to make sense. Yelp isn’t just a listing platform, they’re also selling marketing services. Your Yelp reputation can have a serious impact on future revenues, and Yelp makes it clear that they are in control of that revenue.
When Yelp offers a business their proprietary marketing services, they promise that business will see a significant increase in their Yelp page rankings and positive reviews. While this sounds nice on the surface, it has also been revealed by many that it’s an offer you can’t refuse. In the background, Yelp has been threatening businesses, claiming to slash their page rankings and approve only selectively damaging reviews in order to wreck the revenue of businesses that don’t pay up.
Unfortunately, this also makes it clear that the ‘results’ they’re offering may not be based on the marketing skill of your consultants either. Simply more platform manipulation.

Corruption on Every Level

But what really amazes is that this blackmail and deceptive mentality goes all the way to the top. Small businesses have long-since complained that Yelp asks exploitative prices just to get a seemingly fair use of the platform. But the CEO of Yelp can’t even keep their own finances honorable. Here’s the news story, but we’ll break it down into a simple timeline.
In the last financial quarter of 2016, Yelp raised their service prices, causing a drop in revenue and user retention. They then used fraudulent reporting to make the last quarter look more successful than it was so stock prices would remain steady. In the next two months, the YELP CEO Jeremy Stoppelman sold 20% of his personal shares, worth $25 million. This was not his normal trading behavior.
In the report of Quarter 1 of 2017, the fraud was revealed and Yelp stock price dropped dramatically, just as Stoppelman knew that it would. The dramatic sell-off made it more than clear that the CEO knew Yelp had falsified reports to fool shareholders and made personal millions off of the deception.

After all this, it would be great if local businesses could just throw their hands up and avoid Yelp altogether. But we can’t. Users still trust Yelp and millions of people use the platform to find local businesses. Those that take the risk and stick it out are simply more likely to get Yelp business than those that steer safely clear.
So no matter how carefully you run your local field service business, you should still have a listing and actively manage it because that is where the customers are. The good news is that you don’t have to do it alone or rely on Yelp’s notoriously corrupt consultancy service to remain in control of your local Yelp reputation.

Let Us Help You

Here at Fluid Services, we specialize in reputation management across multiple platforms. Including platforms that are difficult to work with like Yelp. Let us worry about the platform politics, competition, and fair review representation so you can focus on what you do best: Providing superb local field services. For more information on how we can help you handle your local Yelp reputation without risk or drama, contact us today!
Spread the love

Revolutionizing Appliance Repair: How ChatGPT is Changing the Game

6 Campaigns for Building Online Communities Instead of Audiences

How Your Business Can Survive and Grow in the COVID Economy

How to Optimize a New Windows 10 Pro Installation

How to Install Windows 10 Pro on a new PC

Everything You Need to Know About Inbound vs. Outbound Marketing